Tudla Productions, in cooperation with the National Commission on Culture and the Arts, University of the Philippines Film Institute, Rotary Club Manila Kalaw, UP Aperture, INTECH and Liga ng Kabataang Propagandista kicked-off its fifth offering of the Pandayang Lino Brocka Political Film and New Festival at the UP Film Center today. Carrying the theme of national sovereignty, the festival urges Filipino youth and people to emulate Andres Bonifacio for being nationalist and vigilant against foreign oppressors, amid heightening US military presence in the Philippines.

Flor Chantal Eco, Festival Director of this year’s Pandayang Lino Brocka said that they dedicated this year’s film festival as part of the year-long celebration of the 150th birthday of Gat Andres Bonifacio. She added, the opening ceremony today is held in time of the 117th anniversary of the Battle of Manila last August 29-30, 1896.

Part of the festival film selection is Richard Somes’ ‘Supremo,’ with Alfred Vargas as lead actor. Supremo exemplifies Bonifacio’s passion, courage and humanity as the founder of the KKK or Katipunan, their Supremo, and the leader of Philippine Revolution—that movement which finally brought down three centuries of Spanish colonial rule.

Meanwhile, highlight of this year’s political film and new festival is the screening of the late Lino Brocka’s ‘PX,’ which starred Hilda Koronel and Philip Salvador. The film is a glimpse of a period in Philippine history where the Filipinos’ lives are tied to the base and its soldiers, where poverty, prostitution and criminality is rampant and justice is out of reach.

Eco also mentioned that the opening of the 5th Pandayang Lino Brocka Political Film and New Festival this year coincidentally falls right in time of the visit of US Secretary of Defense Chuck Hagel in the Philippines today after a week-long tour in Southeast Asia. The mission visit of Hagel in the country is said to solidify alliance with the Philippine government and to increase US rotational military presence in the country.

She said that the film festival also wishes to awaken the nationalist side of every Filipinos in struggling against impositions of the US government in terms of political, economic, military and cultural affairs of the country.

‘Like Bonifacio, our youth and people must defend our national patrimony and sovereignty against foreign rule and dictates,’ ended Eco. ### 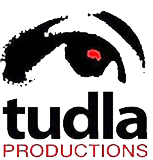